On Dec 4, 2017 Newnewnext.com reported: A Tanzanian woman could be facing jail time after a video of her kissing another woman, and presenting her with a ring, went viral on social media.

“I can confirm that a Tanzanian woman is under police custody over that video clip. We will issue more details later after we conclude our investigation,” Geita police chief Mponjoli Mwabulambo told Reuters. 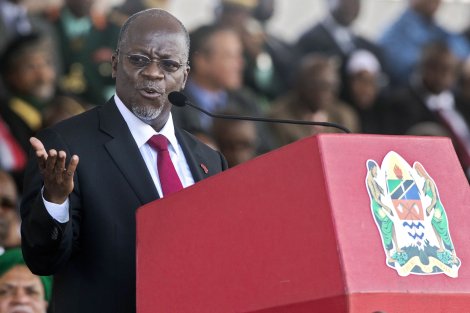 Homosexuality is illegal in Tanzania, and there has been a tougher crackdown on LGBT activists and arrests since President John Magufuli came into power two years ago.

“Both of them should be arrested. Why did the woman accept an engagement ring from another woman?” tweeted Cosmas Alele, a resident of Kagera, a town in Tanzania.