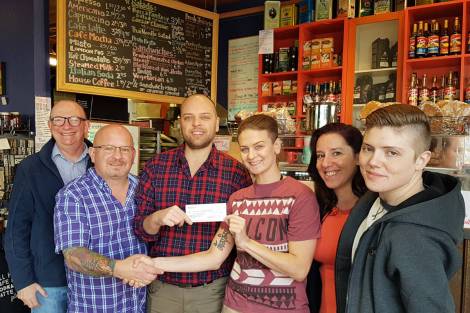 Reaching Out Assisting Refugees, or ROAR, a volunteer group that focuses on resettling LGBTQ refugees, is expecting its first privately sponsored refugee to arrive in Nanaimo in the coming weeks.

Alessandro Iachelli, vice-chairperson of ROAR, said the incoming refugee, a young man who identifies as LGBTQ, should arrive in Nanaimo sometime this month or early next year.

“We don’t have a date but we do know they got their final approval, pending security checks,” Iachelli said.

ROAR was formed in 2016 with the intention of resettling refugees who identify as LGBTQ. Two private refugee sponsorship groups have been formed within ROAR, which has partnered with Brechin United Church.

While one group within ROAR is expecting a refugee any week now, the second group has just filed the paperwork to bring another LGTBQ refugee to Nanaimo.

“We are pretty lucky in Canada,” Iachelli said. “In that area of the world (the Middle East) there is still a lot of societal stigma around gay people.”