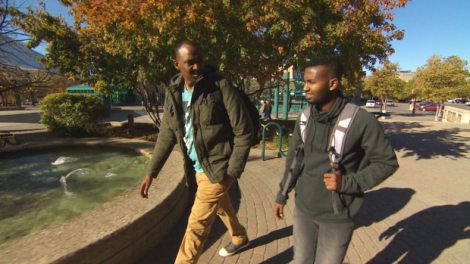 CBC Manitoba reported: They survived a dangerous trek through Colombia and Panama and dodged human smugglers in Nicaragua, and now Guled Abdi Omar and Abdikadir Ahmed Omar are navigating the uncertainty and backlog in the bureaucratic jungles of Canada’s refugee system.

Like the majority of people hoping to call Canada home, the two Somali asylum seekers — who walked across the Canada-U.S. border near Gretna, Man., in July — have no idea when they will get their opportunity to argue their claim in front of the Immigration and Refugee Board.

The average wait time before people can go in front of the board has grown to 16 months, but officials say it could become even longer.

Read more at: ‘I have hope’: Most refugees now waiting 16 months to have claims heard – Manitoba – CBC News