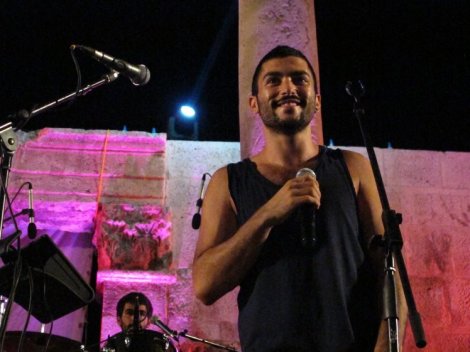 Amnesty International revealed the six men would be standing trial and face stiff sentences if found guilty of ‘debauchery’ in the strict Muslim country. Their arrest is part of a wider crackdown against homosexuality that started last week when a group of people were seen raising a rainbow flag at a concert, a rare public show of support for lesbian, gay, bisexual and transgender rights in the conservative Muslim country. At least 11 people have since been arrested, Amnesty said, and one man has been sentenced to six years in jail after local media launched a highly critical campaign against those who raised the rainbow flag at a Mashrou’ Leila concert, a popular Lebanese alternative rock band whose lead singer is openly gay. Amnesty said the Forensic Medical Authority was due to subject the six men to anal examinations to determine whether they have had homosexual sex. Najia Bounaim, Amnesty International North Africa campaigns director, said: ‘The fact that Egypt’s Public Prosecutor is prioritizing hunting down people based on their perceived sexual orientation is utterly deplorable. These men should be released immediately and unconditionally – not put on trial.