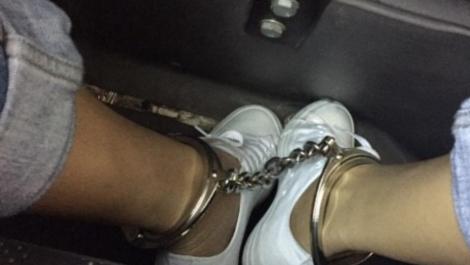 On August 9, 2017, Emirati police in Abu Dhabi detained two Singaporean nationals in a shopping mall. A court convicted them of crimes and sentenced them to one year in prison “for attempting to resemble women.” The UAE deported them on August 28 after they spent nearly three weeks in custody, much of that time in a cell they said was designated for “effeminate” people.

The two Singaporeans, Muhammed Fadli Abdul Rahman and Nur Qistina Fitriah Ibrahim, told Human Rights Watch they were wearing jeans, sneakers, and long-sleeved button-down shirts at the time of their arrest. Fadli, a cisgender male fashion photographer, said he wore a chain around his neck and has an ear piercing and a nose piercing, while Ibrahim, a transgender woman who works as a model, had long hair. Police told them their arrest was on the grounds of “looking feminine.”