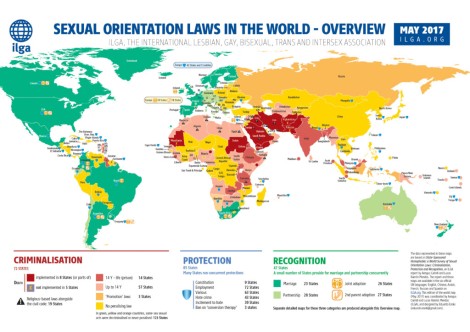 On May 15, the International Lesbian, Gay, Bisexual, Trans and Intersex Association (ILGA) launched the 12th edition of its flagship publication, State-Sponsored Homophobia – A World Survey of Sexual Orientation Laws: Criminalisation, Protection and Recognition.This year the report is co-authored by Aengus Carroll and Lucas Ramón Mendos.

The number of countries criminalising consensual, private same-sex sexual activity between adults has decreased to 72, while the variety of law relevant to sexual orientation continues to expand steadily