On April 19, 2017 The Georgia Straight reported: While Russia’s antigay legislation came under international scrutiny and criticism during the 2014 Winter Olympics in Sochi, global attention dissipated thereafter.

Unfortunately, homophobic law and sentiment remained in place and numerous reports are stating that LGBT prison camps have been established in the Russian republic of Chechnya.  Chechen authorities have allegedly detained and are torturing an estimated 200 men perceived to be homosexual.

According to Human Rights Watch, Chechen officials and clerics have threatened the Russian newspaper Novaya Gazeta that broke the news on April 1 about the police abuse against LGBT people. 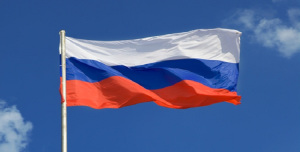 On April 15, Canada’s foreign affairs minister Chrystia Freeland issued a statement, asking Russian authorities to investigate the reports to “immediately ensure the safety of all persons in Chechnya who may be at risk due to their sexual orientation”. According to the Globe and Mail, Russia’s human-rights commissioner stated she was unable to confirm any abuse was taking place in Chechnya.

Two Canadian organizations are among the international human-rights emergency efforts to assist LGBT Chechens in danger.The Toronto-based human-rights organization Rainbow Railroad launched an emergency response plan on April 18 to help those who are seeking to escape from danger. The nonprofit is accepting donations and volunteer applications.

“Since we first received initial reports of gay concentration camps being established in Chechnya, Rainbow Railroad immediately re-classified Eastern Europe as a priority region,” Rainbow Railroad executive director Kimahli Powell stated in a news release. “This means we’re expanding our on-the-ground contacts as well as increasing our capacity to identify and assess new or alternative safe routes out of Chechnya.

“The organization is working with the non-governmental Russian LGBT Network to assist individuals who need to be evacuated.Rainbow Railroad has also asked the Canadian government to provide assistance with emergency visas. The government has not provided a formal response yet.Meanwhile, Vancouver-based community group Rainbow Refugee will be assisting LGBT refugees from Chechnya. The nonprofit organization is accepting donations, seeking refugee sponsors, and will be holding an upcoming information session (details to be announced).