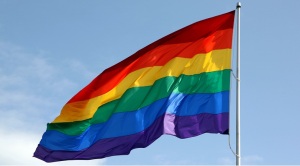 August 20, 2015 – Reported by FSRN – CHICAGO  –  Harsh laws criminalizing homosexuality in multiple African countries have led some LGBT advocates to leave their homelands and seek asylum abroad. But just how many Africans are seeking asylum in the U.S. on those ground is hard to measure because no one seems to be keeping count.

Only a few shelters for LGBT asylum seekers exist in the United States. One of them is the Chicago LGBT Asylum Support Program – or CLASP – a house a few miles outside city limits.

Matt – a pseudonym – found out about CLASP online. He arrived here from Nigeria in May 2014, a few months after the country’s then President Goodluck Jonathan signed a law criminalizing sexual minorities.

Matt says people who knew about his sexual orientation began to threaten him after the law took effect.

In Nigeria, advocates for gay rights can face up to ten years in prison solely for belonging to an LGBT advocacy organization. The penalty for a same-sex marriage is up to 14 years in prison.

Prior to the passage of the law, Matt was a social worker who focused specifically on teaching gay youth about safe sex practices.

“I saved many lives. Many people that were sick didn’t know how to seek help,” Matt explains…story continues below…

via LGBTQ Africans seeking asylum from homophobic laws are an uncounted population – FSRN.