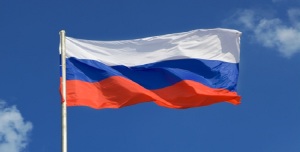 March 22, 2015 – Reported by Politico.com – Moscow’s first gay pride parade was held in May 2006, thirteen years after homosexuality was decriminalized in Russia. It was supposed to be a joyous occasion, the beginning of a new era of openness for the LGBT community.

It didn’t quite work out that way. LGBT marchers that day clashed with riot police, who tried to stop the event. “We disturbed something very deeply rooted in Russian society, some very evil power of intolerance and violence,” says Nikolai Baev, a prominent LGBT rights activist who attended the march.

Only a few months later, Russia saw its first regional anti-gay law passed in Ryazan, 200 miles east of Moscow. It was the first official sign that the Russian authorities would resist the LGBT movement—a resistance that has grown and become increasingly violent as LGBT activism has grown over the last decade.

That violence hit Dmitry Chizhevsky in November 2013 when he attended a weekly meeting for the LGBT community and friends called the Rainbow Tea Party in Saint Petersburg. “It was a place to socialize, drink some tea and play some games,” Chizhevsky says. It wasn’t a political event, and Chizhevsky wasn’t much for protests.

The old town had a hectic feeling that weekend as the 10th Annual March Against Hatred took place in the city’s gracious main streets. The next day, on November 3, the tea party was more crowded than usual.

“I saw two guys next to the door wearing masks,” Chizhevsky recalls. “After that I heard shots. The first one hit my eye. They yelled, ‘Where will you run, faggot?’ and one hit me several times with a baseball bat. Then the attackers ran away. One of the small balls [from a pneumatic pistol] stayed behind my eye.” The police ran a rather lackluster investigation and no one was ever arrested…story continues below…

via The Fear of Being Gay in Russia – Nora Fitzgerald and Vladimir Ruvinsky – POLITICO Magazine.