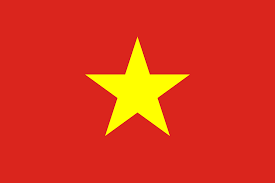 January 20, 2015 – Reported by NBC News – BANGKOK — US politicians of all stripes are fond of condemning Vietnam’s poor human rights record. As one US Senator from Arkansas puts it, America has a”moral obligation” to stand up to oppression” in the communist nation.

But when it comes to gay rights, conservative US states like Arkansas are actually lagging behind Hanoi.

Vietnam’s communist party abolished a ban on same-sex marriage last week. Unlike states such as Texas — where vindictive politicians want to stop paying any official who certifies a gay wedding — Vietnam’s political class has responded with a collective shrug.

Despite the government reversing its ban on same-sex marriage, the practice still isn’t totally endorsed in Vietnam. Unlike for straight couples, gay marriages aren’t fully recognized on par with traditional marriage.

Make no mistake: Vietnam is an authoritarian state. Dissent is criminalized. Critics who blog or protest against the government end up in prison. Human Rights Watch, which points to a”human rights crisis” in Vietnam, has catalogued abuses ranging from rampant bribery to abusive police.

Same-sex marriage still isn’t totally endorsed in Vietnam. Unlike for straight couples, whose marriages are protected by laws dictating rights to assets (and other legal perks), gay marriages aren’t fully recognized on par with traditional marriage….story continues below…

via On Gay Rights, Vietnam is Now More Progressive Than America – NBC News.com.