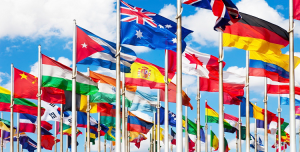 Jan 20, 2015 – Reported by PinkNews.com – Writing for PinkNews in celebration of Democracy Day, Jonathan Cooper reflects on how democracy has served the LGBT community in recent years.

Today is Democracy Day. Winston Churchill had this to say about democracy, “It has been said that democracy is the worst form of government except all the others that have been tried.” But what is democracy? And what’s it ever done for LGBT people in the UK?

If democracy is just about voting every five years or so and the party which gets the most MPs wins and goes on to form the government, then, it’s done very little for us. The offence of gross indecency, for example, which tyrannised us all – women and men – for over a century by criminalising intimacy between men, was created by an elected House of Commons. They didn’t even bother to vote on it. In 1885, they just passed the law which contained it. To his credit, Churchill recognised that gay men were being tormented, but conceded his Government could do little or nothing about it. He pointed out in 1954, ‘… I wouldn’t touch the subject. Let it get worse – in hope of a more united public pressure for some amendment… Remember that we can’t expect to put the whole world right with a majority of 18.’

During the 1950s as many as one thousand gay men would be in prison at any one time for being gay. Pressure from the Church of England and then the Wolfenden Report calling for decriminalisation did bring about a partial reprieve but not until the end of the 60s when legislation was introduced clarifying that consensual sex between men was still illegal unless both were over 21, there was only two people involved and they were in private. Anyone else would go down. Ironically, after the law changed in 1967 there was an increase in convictions….story continues below…

via Comment: An argument for democracy from an LGBT perspective · PinkNews.