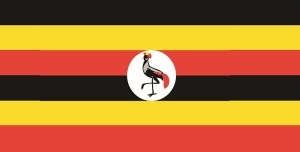 October 3, 2014 – Reported by Reuters – Ugandan President Yoweri Museveni has said his country risks a trade boycott by the West if it reintroduces a divisive anti-gay law that was rejected by the constitutional court.

The original version of the law passed in February punished gay sex with long prison terms and alarmed Western donors, some of whom withheld aid in protest. The constitutional court overturned it on a technicality in August.

Since then there has been debate among ruling party lawmakers in the east African nation on whether to re-issue the law, but without tough penalties for consenting adults.

In a commentary on Friday in the state-run New Vision daily, Museveni said he was not worried by the aid cuts that followed the initial law, but warned of a trade boycott by companies in the West.

He said re-issuing the anti-gay law would likely antagonize consumers in the West, risking access to a rich export market. “To carelessly and needlessly open unnecessary wars with useful customers is irresponsible to say the least,” he wrote…