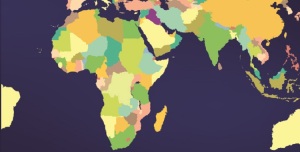 On June 11, 2014 Oblogdeeoblogda reports: Iceland is set to receive approximately 5 LGBT refugees, including one lesbian, from Uganda, Cameroon and Zimbabwe. The Committee on Refugees made the recommendation, accepted by the foreign minister and the minister of welfare. Each of the individuals made application to the UN Refugee Agency (UNHCR). The municipalities of Reykjavík and Hafnarfjörður will receive the refugees, as stated on the of the Ministry of Welfare in Iceland.The Icelandic government approved the project in September. By all standards it  seems they have moved swiftly to receive the refugees.

One can only apply for refugee status and re-settlement from a foreign country. Many LGBT people are crossing borders into foreign African countries, to escape persecution from their own countries., often not realizing how difficult and long of a process it is. Some have escaped arrest orders by government, others beatings by families and communities, dolling out so called “mob justice,” in countries where Anti-Homosexuality laws and state sponsored rhetoric give license to persecute.  Many were outed by tabloids and magazines such as Red pepper, Rolling Stone of Uganda and Hello Magazine.

Once crossing these borders, the LGBT refugees have to go through a very stringent process with UNHCR to determine whether they will be granted refugee status, given a mandate and ultimately resettled.

Currently such process can take as long as 2 years. Most of the time the refugees have no say with regard to which country UNHCR will apply on their behalves, and while waiting, remain at the mercy of refugee camp life, with horrific struggles to survive extreme homophobia at the hands of the heterosexual refugee population, until actually resettled.

At this time there are dozens of Ugandan refugees stuck in camps in Kenya, some with mandates for resettlement and others still waiting for UNHCR mandates, and even a couple facing rejection.

Here in the United States, organizations are ready and geared to receive such refugees, but for some reason the pipeline seems slow or perhaps non existent. We have only heard of 2 Congolese coming to the Bay Area this month. We have the capacity and should be receiving more per month and on a regular basis. But that does not seem to be happening. Indeed LGBT refugees should be given prime position in our reception, because they are being hurt within the camps by the heterosexual refugees.  They are being further persecuted in the very place where they have fled to to seek protection. They are different to the other refugees because, unlike the other refugee population,  they continue to face the very danger they escaped from, within the UNHCR camps.  Hence they should be rescued from homophobia, and resettled promptly, ahead of the heterosexual refugee populations.

The amount of people seeking urgent resettlement is not commensurate with the pace of UNHCR and there seems to be no explanation for this at this time, though we are looking into it.  We are reaching out to the U.S. State Department and to UNHCR representatives in Kenya to ask why the process is so slow and why we are hardly seeing any such LGBT refugees in the U.S.A., where organizations are ready and waiting to receive them. Continued